How difficult can the subject get back on the right path?

We all know how difficult the life of the addict is, what shackles he has broken through and what challenges lie uphill on the road to recovery. The task is not just to recognize the lost you but to regain the lost consciousness, defining what's right or wrong and fighting hard to redeem the ever-so demanding battle to pull those drooped shoulders and wilted hopes up. That self-esteem clouded heavily amidst the showers of self-doubts, enigma, and sadness. It is a pain only the sufferer can understand. What these coins are to someone in dire need of hope and positivity signifies the true sense of resurrection!

Not just restricted to marking the periods of abstinence, AA medallions are an insignia, a symbol, an arrangement to make the subject deliver to himself a consequence, a contingent of his behavior. These coins mark a sense of reinforcement to make its delivery contingent on the subject's behavior. This could, in simpler terms, be defined as an act of gifting or honoring oneself after achieving a certain milestone. These reinforcement AA medallions shower upon the subject a kind of reward given to strengthen or to tend to fortify the cause of the actions for the desired effect. 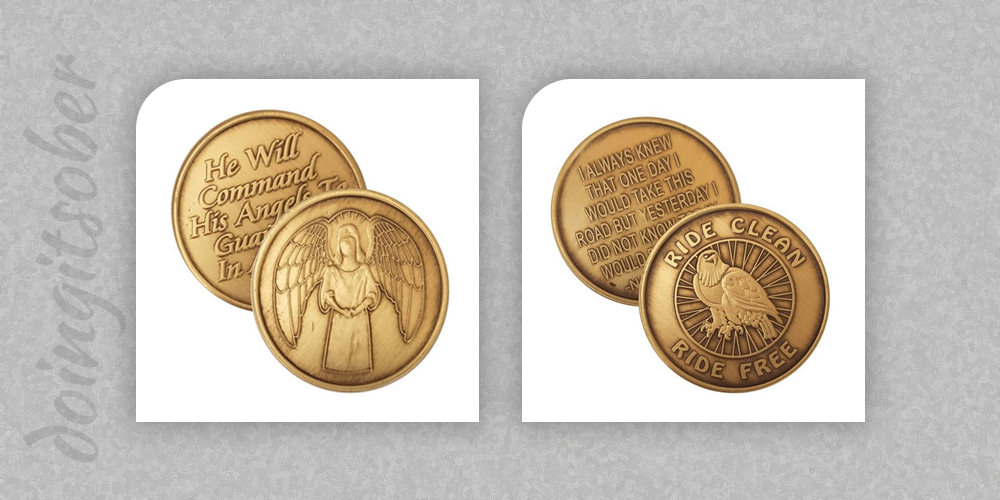 Driven by the evolution of human health, this gesture of self-reinforcement defines how individuals control their behavior by rewarding themselves when a certain standard of performance has been attained or surpassed. A tribute to one's own victory against drug and alcohol addiction, these twine around like support for treating yourself with a reward to recollect and celebrate the fight and bring to life the moments that are important to you, that you love and don't feel guilty about. 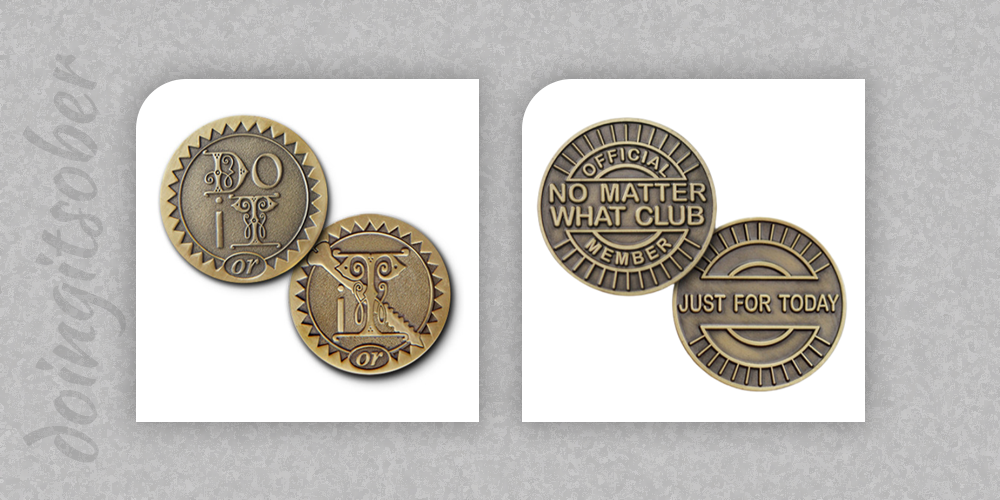 Not just a badge of membership!

It's not a badge of membership," according to those distributing them at recovery meetings worldwide. Still, as markers of clean time, sobriety medallions are the rabbits' feet of those recovering from alcoholism and addiction. A token given to Alcoholics Anonymous or as a part of the other twelve-step program members to represent the time members passed remaining sober. Traditionally a medallion, equal to the size of a poker, acts as a remembrance, a physical reminder of taking sobriety one day at a time. 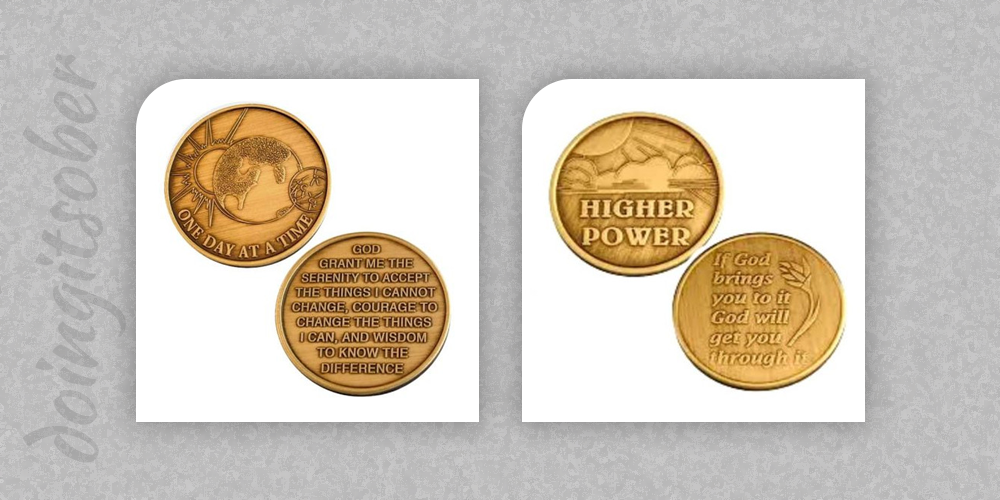 Not just confined to a way of being sober but a catalyst instead to attaining newer standards by imparting reverse psychology methods making the members of the community remember what they are up to is not a start but the finish of something very tediously attained.

They commemorate how hard-fought the battle's been and how swift things would turn out to be with a push through encouragement, self-belief, and positive affirmation.

Etched deep-routinely in both our history and our culture

Predecessors through history, these good luck charms, signs of fortunes, etc., have always been a part of our cultures. Etched deeply into our history, it has been so natural how these tokens have made way and penetrated, to an extent, that even our recovery circles now emphasize much severely on their application. Symbolizing an association with a particular tradition, our dependency on luck and superstition always led us to believe that fortune favors only those who carry a piece of what’s now termed bravery. 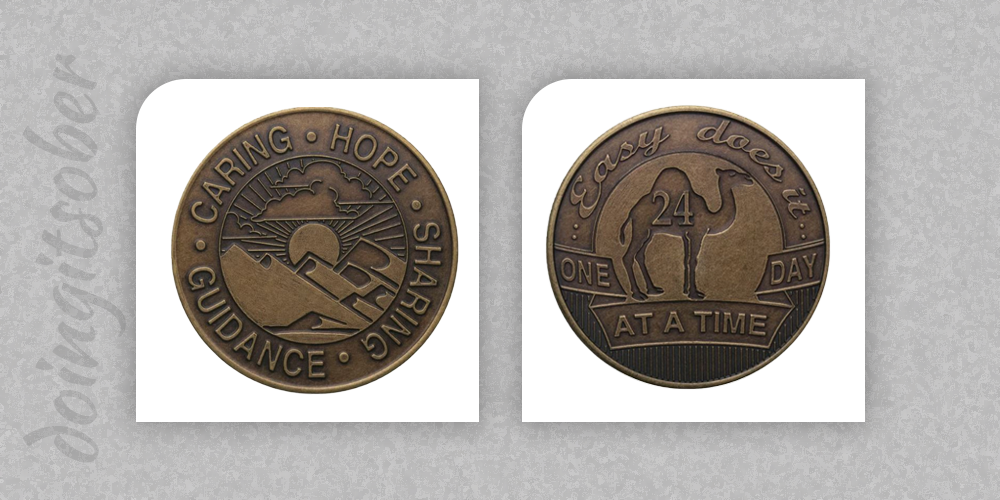 Contrary to their effectiveness and output, our self-sufficing belief is to expect improved outcomes while possessing a token such as these. Particularly potent, especially in the West, these amulets, charms, coins, and baubles have emerged as a driving force for bettering lives. With our belief so staunch and resilient, our stubbornness lets us pay homage to the magic attributed to the material, forgetting the fact that the real one lies within us.