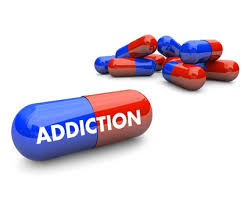 In 2015, opioid addiction was the largest cause of 52,404 drug overdoses in the United States. An additional 20,101 deaths occurred because of prescription pain drugs, while another 12,990 resulted from heroin abuse. These numbers come from the US Centers for Disease Control and Prevention (CDC), and seem to grow each year that passes. “The U.S. Opioid epidemic is continuing, and drug overdose death nearly tripled during 1999-2014,” the CDC report said. “Illicit opioids are contributing to the increase in opioid overdose deaths.” It may lead to an increased need for drug rehab centers in Texas.

During 2014, drug overdose deaths only numbered around 47,055, but numbered about 5,349 more deaths in 2015. In fact, overdose represents one of the leading causes of death in both years. The rates for opioid deaths increased for men of varying backgrounds during 2014-2015. Methadone-related deaths increased for those over the age of sixty-five, while heroin and synthetic opioid deaths rose with the fifteen or older age group.“I don't think we've ever seen anything like this,” Robert Anderson of the CDC said. “Certainly not in modern times.” It is a scary thought to think, that this will cause a decline in the US life expectancy after over twenty years.

As of 2015, there are only three thousand certified addiction practicing physicians in the United States according to the American Society of Addiction Medicine (ASAM). With over 25 million Americans 12 years or older requiring addiction assistance, according to the National Institute on Drig Abuse, this means there is only one specialized addiction doctor for every 8,333 addicts. Such a number might be one reason why there has been an increase in the need for treatment centers such as drug rehab centers in Texas across the country. Those statistics are troubling and represent an important need for more doctors to take up addiction medicine.

With the US Surgeon General stating in November 2016 that one in seven US citizens will face addiction disorders, more doctors will need to focus on addiction medicine. Every nineteen minutes, an American will die from a heroin or opioid overdose. If the United States does not take action, this will lead to costs of $442 billion annually. The time for American doctors to address this appears to be now.

About the author: Tommy Zimmer is a writer whose work has appeared online and in print. His work covers a variety of topics, including politics, economics, health and wellness, addiction and recovery and the entertainment industry.