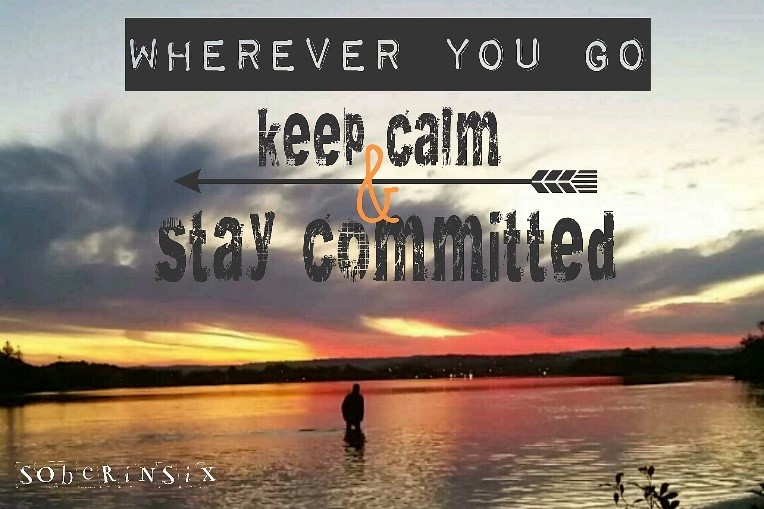 ‘Respect your efforts, respect yourself. Self-respect leads to self-discipline. When you have both firmly under your belt, that's real power.’
- Clint Eastwood

So many times in the past have I heard others say ‘I have got to get out of this place’ as if to blame their drug or alcohol addiction on their surroundings or their peers. Like it’s not their fault.

I sympathize with this mentality as I understand at that point of addiction you can feel so hopeless and blaming anything and anyone other than yourself seems to be deemed the only appropriate path to recovering.

I remember many a times thinking to myself “it’s this sh*thole, it’s the people I choose to hang around” “I could quit if it wasn’t for the temptations around me” etc.

Having moved around the country side a fair bit I had traveled from east coast Australia to the west coast and more, trying to remove myself from the situations where I felt I couldn’t say no.

As the years had gone by, I soon realized that it was in fact nothing to do with my surroundings as much as it had to do with my own will power and self-discipline. I visited Thailand last year in November (when I was undeniably at my worst in my addiction phase) and nearly got caught by the military for cocaine use. That’s a death sentence over there. Cutting my trip short I quickly returned home to Australia and vowed to ‘never visit Thailand again’.

Just recently I returned from a month long trip to Sri Lanka. My initial thought of this pace, after much research and inquiries I lead myself to believe drugs were not a problem in such a content, Buddhist country. Little did I know when I arrived there was COPIAS amounts of ANY drug you wanted, and very cheap. I was then faced again with that same issue I had faced so many times I the past.

The drugs were right in front of me, they were everywhere. Was it possible to remove myself from my surroundings half way across the world? No. was it possible for me to make my own decision to say no to this drug use? Absolutely.

Knowing full well, from my past that no matter where I went in the world the option of drugs and alcohol would always be readily available…

… I gained a new perspective on the way I looked at my choices.

I don’t have to cut contact with a friend who still dabbles in drugs and alcohol, I don’t have to avoid social events in fear of being ‘drawn into’ peer pressure. There and then I really, truly realized within myself that it was ALWAYS going to be MY choice. Having said that, that ‘group’ of friends or that social aspect of life no longer intrigues me whatsoever. Although I am able to say no, although I am fully capable of joining in on a social event without the use of drugs, I simply choose not to.

For any example ; there was one night there when everyone was racking up and offered me a line, for a split second I heard my head think ‘ it’s just one line’ my subconscious quickly kicked in to say ‘ one line is potentially the end of your life, get up & go to your room’ so I did.

Although I feel as if I’m completely capable at this point to say no, as I have many times in past few months I still have a strong understanding of my own patterns & the potential damages that ‘one line’ could lead to. Hence removing myself from these situations.

It’s not weak, its progress

& the awareness of the possibility of perhaps not being so ‘in control’ just yet.

Don’t forget people, when you wake up in the morning clear minded and sober - it is YOU who is able to enjoy the sunrise, not them.