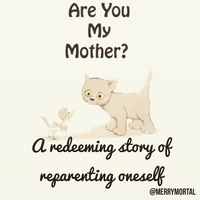 Nothing quite compares to the sting of a childhood wound. When my reaction doesn’t match the density of a circumstance, I’m reminded that you’re still there. When I’ve realized I’ve completed yet another calamitous cycle, you’re like that marathon I keep telling myself I’ll do: someday I’ll conquer you. Nursed by the weight of time, concealed by the elixir of alcohol, and played out with boyfriends and bad decisions- daddy issues have cast a long shadow on my otherwise luminous perspective on life.

For many years, I felt numb to my father’s absence. During my formative years, my curiosity surpassed any pain I assumed I was supposed to feel. It perplexed me. Who was this mysterious man? Why was he so different from the other dads that took their kids to school or drove to work or collected ties on Father’s Day? My dad was different alright. He was always doing something somewhere else- something important I imagined. The only indication I had that this something was wrong was the affliction it seemed to cause my mother. Not even attempting to hold back her tears, she often cradled me and apologized for him. “He loves you so much,” she would say. “He wishes he could be here with you.”

I understood that he had a hand in our misfortunes. Mom worked three jobs, money was tight, and we lived a bit farther from school than most of my friends; but Mom was home to me and we never went without. I noticed that most moms lived with husbands instead of visiting their boyfriends on the weekends, but I got my mom all to myself during the week and my mom’s boyfriend lived next to Disneyland! I considered myself pretty lucky, and was never permitted to blame my dad for our problems. Instead, my mother emphasized the importance of college and being independent. “Apply yourself and never rely on a man,” she warned.

It turns out that putting her theories to practice were much easier than learning how to cooperate in a reciprocal relationship with a man. When Dad came back into the picture when I was 7, I struggled to come to terms with our relationship. A stranger in every way imaginable, from his appearance to his fowl mouth and rebellious attitude, my father resembled a child more than me. When his alcoholism nearly left him dead when I was 15, I toiled with antagonism and bewilderment. How could he do this again? How could he do this to me? It cost me my own wrangle with alcoholism to understand a bit more about him- but not enough to negotiate my mixed feelings about him. When my sobriety presented the opportunity to entertain a new relationship with him, I was disappointed and disoriented again. Somehow, his failure to show up or change or meet me half way was more difficult to bear. My sensitivity must have been a side effect of that sober, clear-headedness. And boy, did I seek out unavailable men! From the emotionally unstable, to the alkies, to the taken- the partners I attracted were all attempts to heal that childhood wound with Dad.

For years, I unknowingly sought out relationships where I could maintain a comfortable distance. Believing I was in charge of my vulnerability, I lacked the awareness that I was terrified of being abandoned. My mantra of never relying on a man kept me protected from the possibility of getting hurt.

I didn’t shed a tear about my father until my mid-twenties when I also found the courage to set a firm boundary with him. And it wasn’t until a few years ago that I outgrew the pursuit of unavailable men, but I still struggle to maintain intimacy with friends. Just yesterday, I awaited the overdue scheduled call with Dad that never came. Like that young girl making peace with her dad’s absence with Disneyland or the teenager trying to outrun her problems into the arms of a bad boy- the displacement was palpable. I hadn’t realized that I’d been waiting until the heartache set in. The disillusionment of my father once again unearthed that dated wound.

I am just beginning the journey of loving myself to wholeness. I like to think that my optimism towards my father is a sign of healing, not ignorance. Where there used to be the comfortable disguise of anger, now there exists a perceptive sadness. But mourning my father as an adult validates my experiences and reconciles my misconceptions as a child. Without blaming, beyond the smokescreen of victimization, and with the release of expectations, I can more fully come to terms with the unfortunate reality of our strained relationship. Where it was formerly a justification to withdraw, today- that wound is my link to humanity.