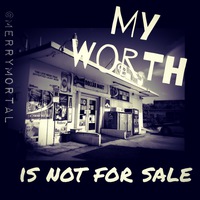 It’s shameful to admit because it’s so taboo, but as a kid, I had a crush on my second cousin. He was a couple years older than I, very good looking, and if I’m really honest with myself and my patterns- I was attracted to him because he was unavailable (naturally, because we are related- sort of.).

For a love addict, alcoholic, buzz-chaser like me, the value of any prize is relative to its un-attainability. I don’t attribute this thinking to an admirable work ethic; I don’t get a gold star for having overarching ambitions. And my pursuit of the unobtainable doesn’t yield results worthy of the time and energy required to stalk invisible prey. In fact, my fascination with all things elusive- from the unavailable man, to being skinny, to my attachment to shiny things- was never a choice at all. If I could un-choose it, I would. What I have discovered is that I have been acting out of an overwhelming need to overcome my own inadequacies. In other words, I have believed that if I could just get fill-in-the-blank, I would be okay. Ten years ago, fill-in-the-blank was likely my second cousin.

It started before I had a vocabulary to express my feelings. Even if I could have mustered the courage to articulate the despicable truth, I didn’t have an available outlet. So I shied away from him or was aggressive to other girls that liked him. In my particularly awkward years, I encouraged my friends to date him and felt modestly successful when my friend kissed him. Perhaps I was trying to live vicariously through her? Was I trying to share the wealth? Trying to remain close to him in my own, manipulative way?

As the years progressed, we grew apart. The distant memories of shared baths and sleepovers were embarrassing to recall. As teenagers, we were both absorbed in our own lives; hardly greeting each other at holiday gatherings. We had relationships, graduated high school, and started careers. To my surprise and relief, life went on in spite of my ambiguous feelings. So, it came as quite a shock when he asked me to dinner almost 8 years ago. In an intimate setting that I found both uncomfortable and intriguing, he expressed his feelings for me that he’d kept buried for years. I was elated and disappointed simultaneously. Held hostage by my emotions, I listened as he confessed to sharing his feelings with our family. My anxiety about the family’s judgment competed with the flattery I equated with his willingness to expose himself. When he assured me that we had their love and support, I felt compelled to both run away from him and get lost in him at the same time.

Following our conversation, I did some investigation of my own. I learned that our family had observed us for years- not with the critical eye that I had assigned them, but out of suspicion that something might develop. I was also presented with some distant family members who married, and they were second cousins. But the feelings of shame I had nursed for so long made it near impossible to accept anyone’s encouragement with this matter. Every time I dared bring him up with my family, I prefaced it with my own contempt. When my curiosity finally got the better of me, I half-heartedly accepted his proposal. Our experience was short-lived. I was newly sober and he was a heavy drinker. The choice to terminate our plans of moving forward was easy for me, because my life was on the line. But the outcome was not so easy for him to accept. Literally, nothing had transpired aside from our admissions of mutual attraction and curiosity. I can’t imagine the defeat he must have felt to have risked condemnation by disclosing uncomfortable truths about himself, and have been given the green light- only to be prevented from acting on those feelings. His solution was to drink over it and call me with emotional outbursts. My solution was to put distance between us.

Time has passed, but the wound of what could have been is still fresh for him. In my guilt, uneasiness, and sympathy, I have tried to heal him, avoid him, and love him in my own, removed way. Every so often, between periods of forced separation, he contacts me to express his love for me. Yes, love. I invite him back into my life in hopes that we can have a “normal” (familial) relationship. After all, we still see each other at the occasional family gathering. If he were any other man from my past, that door would be closed. However, given the unusual nature of our relationship, I struggle with the rules of our engagement. It feels wrong or bad or unnatural to cut him off. I feel I owe him something. But I can see now that even in the absence of feelings for him, I am still thinking of my own comfort. Rather than commit to the uncomfortable boundary of limited contact, I perpetually try to change this situation into something more pleasing and desirable to me- something I can call “normal.” And I do owe him something: I owe him the opportunity to deal with his own feelings in his own way, in his own time.

It was during our last encounter when I realized that no amount of healthy intentions or detaching with love would change the outcome. I became acutely aware of his pain and my power to intensify it by merely opening the lines of communication. I chose my words with directness and thoughtfulness, but I don’t know if he heard me. I can’t force him to understand or heal, just like he can’t convince me to choose him. Now that I have realized that I am powerless to help him or change him, imagine how little service I can be to him if I am thinking of myself. Because no matter how centered I am, I’m not immune to the game of Chase. Even though it’s not reciprocated, it feels good to be loved. His poetic declarations of love activated the love addict in me, which said things like, “Wow, I don’t know if anyone has ever loved me like this before;”and “He’s loved me since we were kids- that must mean he reeeally loves me;” or “Maybe we’ll end up together after all.” Notice that none of these thoughts have anything to do with my feelings for him; they are all focused on being the receiver of love. Thoughts like that used to justify a myriad of destructive, love-high decisions, but today, I recognize that as the love addict. The love addict is obsessed with receiving and securing love- never giving or sharing love. So, when I arrested that brief fantasy of distant cousins as star-crossed lovers, I felt sadness and loss. It’s strange to grieve something that isn’t real.

And then there was the task of severing ties. My friend’s wise words reverberated in my mind: “you can’t always wrap things up with a big, pretty bow.” In addition to accepting the futility of trying to change or fix or heal someone, I had to acknowledge my inability to polish this messy picture into a clean, presentable one.

Sometimes, I wonder if the path to healing is backward or forward. Because the feelings of shame, disappointment, and fear emerged as a child, I decided to get in touch with the little girl inside. Today, as the responsible adult in her life, I have to assure the little me that she is not a bad person for feeling attracted to someone, who by many people’s standards, is inappropriate. I have to applaud her for taking care of herself when she chose her sobriety over a toxic relationship. And finally, I can re-parent her in a way that few did, by teaching her that love requires sacrifice. In this situation, the most loving and kind thing I could do for her and all parties involved, was sacrifice this injurious relationship.

My mother never showed me how to give up a relationship with a man. Unfortunately- unfairly- unremittingly- my mother’s love addict played out in my developmental years as she routinely chose men over me. Despite all of the angst and foresight I inherited from her mistakes, I carried on the family business of competing for everyone’s love but my own. Good or bad-I chased the highs of intensity, all in the name of love. My frenetic energy was fueled by it and my consciousness was dulled by it. As a result of numbing myself with others’ attention and validation, I lost touch with myself and became increasingly unavailable to the world. But the parade of putting men on pedestals, choosing them over others-namely, myself, and keeping doors open- stops here. Drama and fantasy are no longer tolerable substitutes for authentic living. So, in addition to surrendering this relationship, I resign from my duties as active member of the family business.